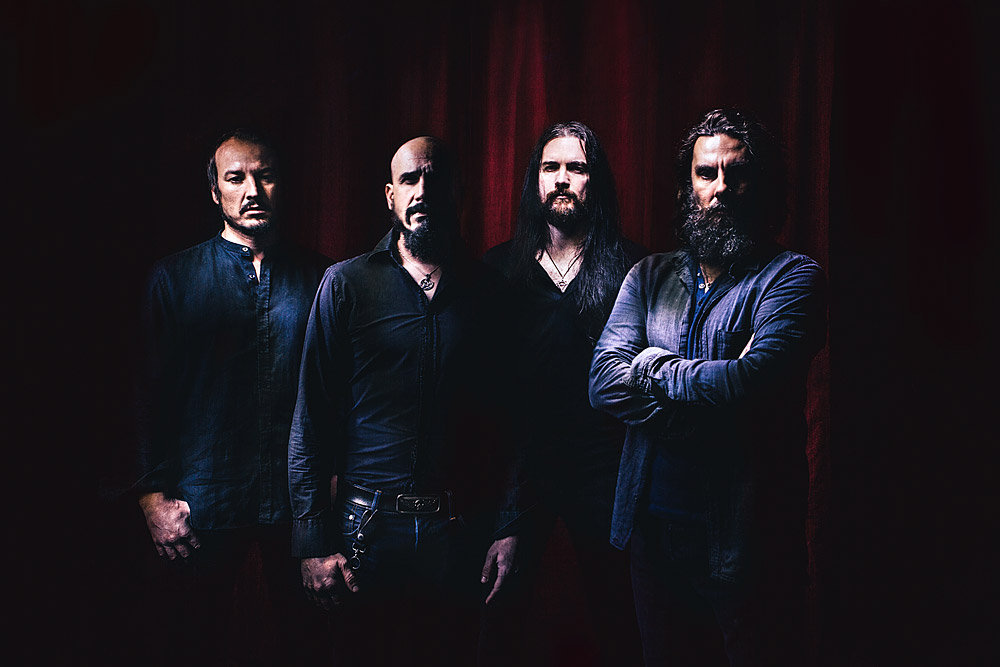 Italy's horror cult rockers ARCANA 13 implant terror inside your brains with their highly aesthetic and anxiety-laden video for 'Black Death', their upcoming new 7" EP coming out this January 17th on Aural Music.

"Their new video for “Black Death” perfectly captures the textures of this sonic tapestry; swirling, oozing, decaying visuals growing and replicating in perpetuity" (Cvlt Nation). ARCANA 13's new video produces this strange and disturbing sensation of suffocating that goes so well with the song atmosphere. Cinematic masters of horror rock music are rolling out their whole sound expertise here, which is perfectly highlighted by  the stunning work of the Chariot of Black Moth video team.

Guitarist Simone Bertozzi tells us more about the video concept: "Black Death features our first proper music video and we were pretty nervous, because the visual nightmare we envisioned was not easy to transform into vision. Only Chariot of Black Moth could pull this off and bring to life our sickening vision, a colossal “Begotten”-style mindf*ck! Implanting terror inside the brain. Enjoy it and start to grasp the direction that our upcoming full-length album is going to take: asphyxiating heavy horror doom madness."
Watch ARCANA 13's 'Black Death' video via Cvlt Nation
Deep into the darkness a spine chilling scream cuts through the fog. Filthy fuzz sounds start consuming the air. A deep rumble of drums and square waves get the earth shaking. This is the Horror Doom march of ARCANA 13… for the dead are listening. The followup to their 2016's debut 'Danza Macabra' was thought-out and written as the main theme for horror TV show “Black Death: The Series” by Italian director Luca Canale Brucculeri. The 'Black Death' 7-inch EP will also include a doomed up version of Iron Maiden’s “Wrathchild”.

In 2018, Claudio Simonetti of Goblin, struck by their cover version of Dario Argento’s Suspiria included in 'Danza Macabra', got in touch with the band to revise his main theme composed for George Romero’s "Dawn Of The Dead". The song is featured as opening track in the Special 40th Anniversary edition out on Rustblade Records.

The last gravestone is the collaboration with director Luca Canale Brucculeri on his new horror TV series “Black Death” based on the eponymous comic book. He got enthralled by ARCANA 13's music and decided to commission the main theme's songwriting for the series, that will be released as special edition 7” in January 2020 on Aural Music, along with a doomed up version of Iron Maiden’s classic “Wrathchild”. “Emblems seen through the fog, it’s the end of it all. Look upon the blood-red moon and you’ll be facing the Black Death.”