A Disconnect to be released via APF Records on 5th March 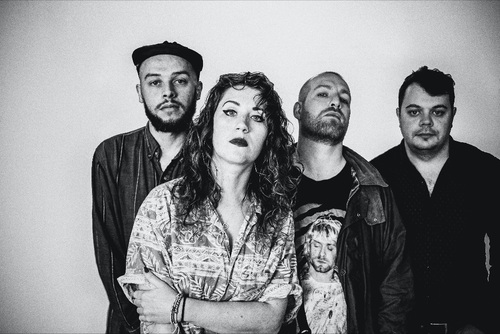 THE HYENA KILL, a brooding, emotive rock band from Manchester, have released their new single ‘Bleached’, a hard-hitting track about pure obsession. The track is the first taken from the forthcoming new album A Disconnect, which will see release via APF Records on 5th March 2021.

Stream/buy it online and add to your playlists here:
Spotify -  https://bit.ly/THKBleached
Apple - https://apple.co/3mFPNIo

With the single, the THE HYENA KILL announce the addition of two new members, Sam Jones (guitar/synths) and Charlie Seisay (bass), expanding from a duo to a ferocious-sounding four-piece. These new additions help take their already expansive sound to another level, allowing the band more room in which to create and paving the way for a new era of THE HYENA KILL.

Comments vocalist/guitarist Steven Dobb: “This is one of my favourite tracks on the album. It was written in about half an hour, a pure 'lightning in a bottle moment'. Simple, aggressive and straight to the point, it’s a song about pure obsession. I’ve always thought about it like a daydream of sorts - a fantasy of words you would never say out loud, or actions that you would never perform but through a lens of obsession and self-destruction. Really looking forward to playing this one live.’

New album A Disconnect is a bleak, intense masterpiece that attempts to find reconciliation of personal trauma and pain, creating a distinctive area where spaciousness can be heavy and contact is always uncomfortable.

Dobb’s explains: “The bulk of material was written during a very low point in my life, and as a result this album fell into place with a sense of claustrophobia and finality, of being trapped in a hospital bed, linked up to life support, unable to regain your own agency and escape the situation you find yourself in. Of being bound by the traumas of the past that you’re unable to cast away, and ultimately feeling suffocated by them. Wanting to escape and be absolutely anywhere - or anyone - else. These are lyrics that deal with and focus on uncomfortable subjects that were dominating my life at the time of writing. The words and movements in this record are mostly without resolution. There are no happy endings or moments of clarity.”

The result is an album that presents a dichotomy of softness/harshness with an earnestness that never relents over the course of ten tracks, but becomes transformative with repeated listens. Brimming with emotion and at times ethereal wonder, Steven Dobb’s vocals are extraordinarily impassioned and present whilst Lorna Blundell’s drums offer relentless dexterity with a wild, dirty earthiness. With each track comes the chance of an emotive journey to the extremes of existence, there’s a real push-pull between each musical element as Sam Jones’ razor riffs explode like fireworks, flooding the room with light whilst Charlie Seisay’s driving bass underpins each vast soundscape. Elements of Deftones, Nirvana and Chelsea Wolfe combine on a dynamic LP that terrifies, haunts and inspires all at once, a key element of why THE HYENA KILL continue to sound exciting and alive.

Drawn together by a shared love of Queens of the Stone Age, Deftones, Helmet and Tool, Steven Dobb (vocals / guitar) and Lorna Blundell (drums) announced THE HYENA KILL’s arrival in 2012 with the release of the explosive Gush EP, four tracks of searing, coruscating distort-pop which exploded like a nail bomb into the subterranean noise scene. Via 2014’s Scrape My Bones EP and two further singles, 'Suck It Up' and 2015’s thrilling double-header 'Still Sick / Blisters' –the duo refined, honed and focused their fierce alternative rock sound into something harsher, leaner and altogether nastier. The result was their debut album Atomised (2016), an unflinching, brutal dissection of what it means to be skint, frustrated, alienated and adrift in modern Britain. This was followed up by the searing, gnarly yet majestic Spun EP (2018).

With the release of A Disconnect the band are positioned to take a journey into unfamiliar territory and are as emotional as they’ve ever sounded. Opening up their inner world of proximity and intimacy THE HYENA KILL’s personal scars are fully on display, ready to drag listeners down into their turmoil and testament to the fact that they kept on going, even when it started to hurt. This is an album to truly sink into and once you attune to its escapism and caustic brutality, everything about it is wondrous.

THE HYENA KILL will appear at Arctangent Festival in 2021. More dates to follow.

THE HYENA KILL ARE: 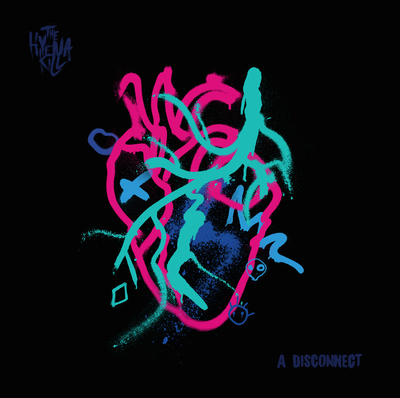