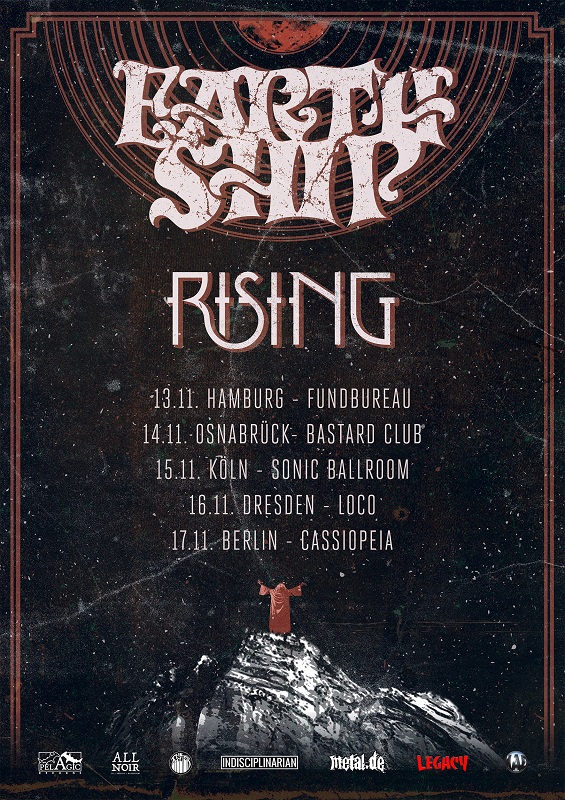 Two underrated progressive and aggressive acts — that’s Berlin trio Earth Ship and the five-piece Rising from Copenhagen — will head out together this Fall on a five-date run through Germany for which I’m thrilled to have The Obelisk among the presenters. From Earth Ship‘s individualized approach to sludge rock and Rising‘s grown affinity for a prog-metal approach to doom, each band offers something different from the other, and yet they should still make for an excellent and complementary pairing. It may not be the longest tour ever, but it’s bound to give German crowds something different from everything else happening as we head toward the end of the year.

Both bands are coming off 2016 releases — Earth Ship released Hollowed through Napalm and Rising had Oceans into Their Graves out on Indisciplinarian — and by astounding coincidence, both band will have new albums out in October. I know! What are the chances? Anyway, I know not everyone who reads this either is in Germany now or is going to be there in November, but even if you’re elsewhere and you get to check out either Rising or Earth Ship on the Bandcamp players below and maybe dig something you haven’t hear before, that’s still a win as far as I’m concerned. Either way, this tour seems like it’s going to be something special with the two new albums hitting around the same time and both groups being so much on their own respective wavelength.