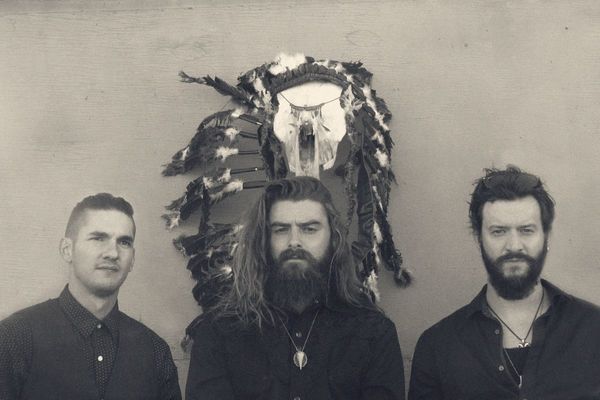 Ripple Music are pleased to announce the signing of French power rockers APPALOOZA to their label roster. The Brittany-based outfit will release their sophomore album "The Holy Of Holies" in early 2021, with more details to be unveiled soon.
APPALOOZA is a long-gone stallion speeding after a lost freedom. Formed in Brest, France, in 2012, the band takes its cue from the alt-heavy firepower of Alice in Chains, as well as the rock'n'roll stampede of the likes of Queens of the Stone Age or Them Crooked Vultures, propelling itself with a creativity and sense of direction that are the essence of great bands.

APPALOOZA released their first two demos “Squamata” and “Chameleon” respectively in 2013 and 2014, further to which they embarked across the pond for their first ever US tour, taking them to Colorado, Nevada and California. Fired up by a brand new energy ensuing from this successful experience, the band officially released their eponymous debut in 2018, quickly followed by a second North American taking them from the Midwest lands to the Pacific Coast.

Some hundred shows later, APPALOOZA signed to Californian powerhouse Ripple Music for the release of their sophomore album "The Holy Of Holies" in early 2021. The beginning of a new era driven by an album that perfectly embodies the trio’s musical and visual reincarnation, through an intense sonic escape and ultimately, freedom.
More info about new album "The Holy Of Holies" to be unveiled soon!
APPALOOZA LINKS
Facebook⎪Bandcamp⎪Instagram⎪Twitter