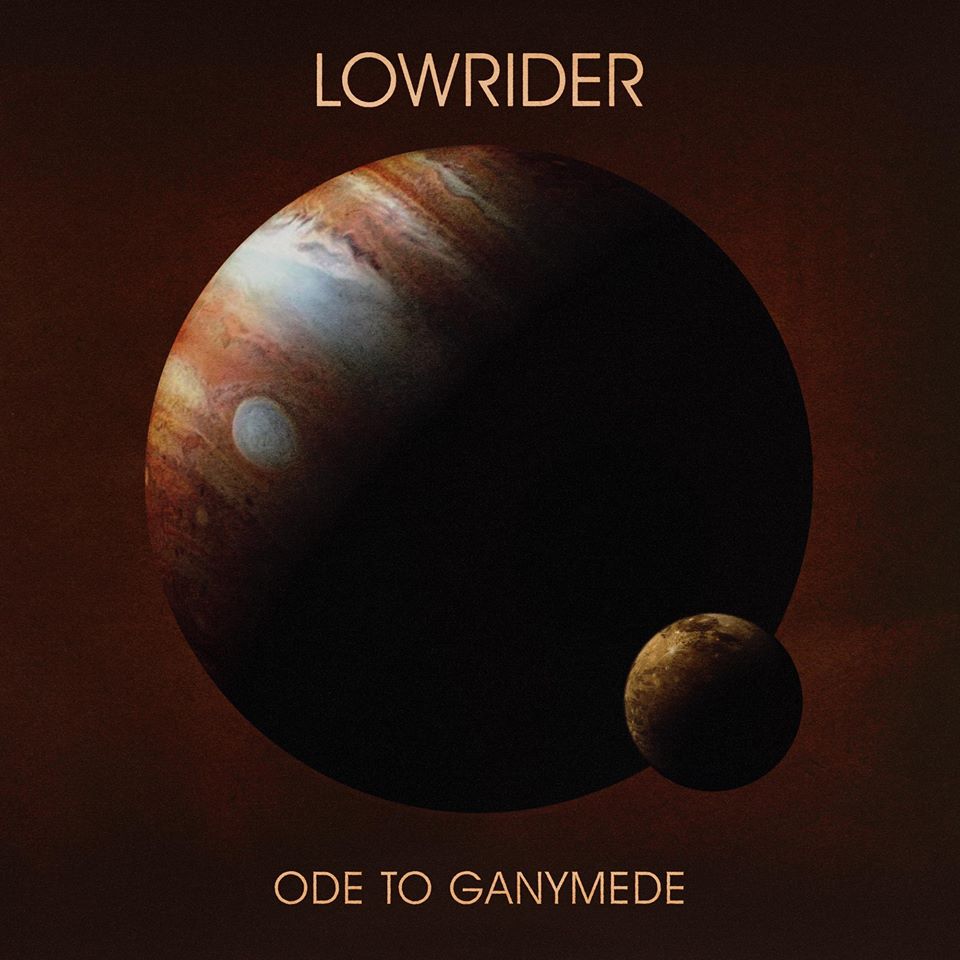 This February 21st, the ever-beloved foursome will return with their first album in two decades. Sounding fresh as ever, 'Refractions' is everything stoner rock needs in 2020: an ambitious, high-class record filled with the biggest hooks you'd expect from the Swedish masters, rumbling grooves, a jaw-dropping performance from Peder Bergstrand on vocals, plus a few surprises that will catch the fans off guard.
Go for a scorching cosmic trip with "Ode To Ganymede"
LOWRIDER frontman Peder Bergstrand comments: "Ode to Ganymede is the track that kicked off and inspired the writing process for “Refractions”, and pretty much sums up what we wanted to do with this record... It started out as a demo with this really cool drum groove and a single bend note riff on top. It was in sections, instrumental - we loved it, but never really knew what to do with it. After years of letting it marinate, we kept coming back to it and realized that this is the way forward - give in to all the cool ideas and just combine them all and let the songs progress and flow the way they want, without being hindered by what’s “right”. Ode to Ganymede is in a lot of ways a return to the immediate, inspired writing of our split EP with Nebula, and a beacon showing where we need to head going forward."”

Metal Injection adds: "You get the sense though that the band has tapped into something more. It's as if their take on stoner rock has advanced and they have uncovered a new side of the genre."

To celebrate the release of this new landmark record, LOWRIDER will perform at both Desertfest London and Berlin this May.
LOWRIDER New album 'Refractions'
Out February 21st on Blues Funeral Recordings
PREORDER NOW
TRACK LISTING:
1. Red River
2. Ode To Ganymede
3. Sernanders Krog
4. Ol' Mule Pepe
5. Sun Devil / M87*
6. Pipe Rider
As the preeminent band out of the gate in the late 90s post-Kyuss wake, LOWRIDER's debut EP and seminal album 'Ode to Io' were foundational slabs at the dawn of stoner rock.  The swinging metal offshoot grew quickly into a worldwide phenomenon, with LOWRIDER established as one of its undeniable trailblazers. Following those early releases with a handful of compilation and soundtrack appearances and a period of relative inactivity, the band re-emerged at DesertFest Berlin in 2013. They've since blown minds at Hellfest, Keep it Low, DesertFest London and Belgium, Stoned from the Underground and Up in Smoke, and issued expanded remastered versions of their original records.  All that was left was to give the world something new.

New album 'Refractions' explodes with all the churning fuzz and expansive riff-heaviness for which the band are beloved, shot through with re-energized purpose and maturity. The grooves swing, the bottom end rumbles, and the melodies growl and soar, delivering at last on LOWRIDER's longing-to-be-fulfilled promise. 'Refractions' will be released on digital, CD and LP from Blues Funeral Recordings on February 21st.