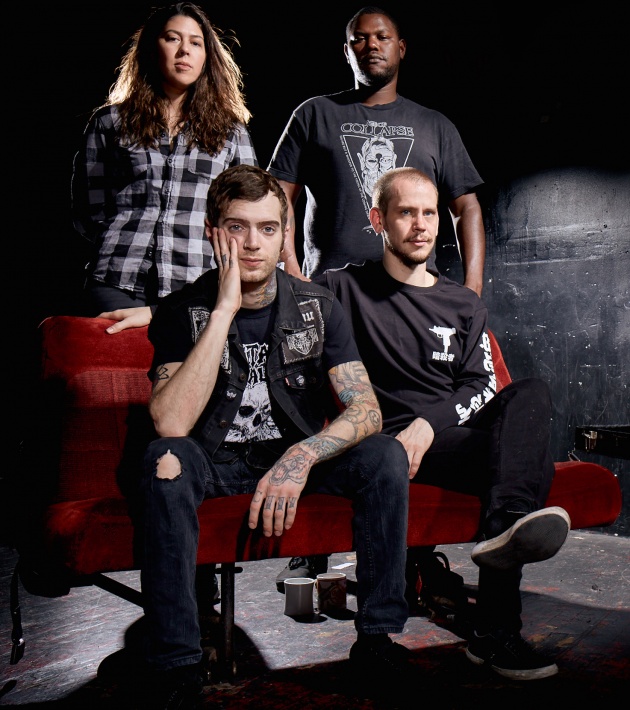 Hardcore Punk unit FUCKED AND BOUND are set to re-release their latest album "Suffrage" (2018) on December 18th via Quiet Panic. Being an outlet for those who seek solace in the filth and the fire, FUCKED AND BOUND achieved an air of unhinged freedom mainly by thrashing their way through unassuming, beloved punk venues and DIY spaces, hosting their own sort of hardcore communal exorcisms. Today the band from Seattle, WA, unleashed their very own interpretation of SONIC YOUTH's classic, "Kool Thing".

Vocalist Lisa Mungo explains the important cause:
"Our cover of Sonic Youth’s “Kool Thing” was originally a part of a compilation effort spearheaded by the incomparable Kim Kelly, freelance journalist and organizer based in Philadelphia. She is currently the labor columnist for Teen Vogue, and her writings on labor, politics, and culture have appeared in the New Republic, the New York Times, the Washington Post, the Guardian, Pacific Standard, and many others.

The compilation, Riffs for Reproductive Justice, was a new pay-what-you-want Bandcamp compilation organized by Kim Kelly, that resulted in a collected work made up of metal, hardcore, punk, and dark folk songs (many of them exclusive new, live, covers, or demo tracks) from a wide range of artists—including Fucked and Bound, Emma Ruth Rundle, Thou, Racetraitor, Jucifer, and Closet Witch to Hether Fortune, Twin Temple, and Elizabeth Colour Wheel—all having united to raise money for abortion access.

I’ve always been inspired by Kim Gordon’s lifelong commitment to making art on her own terms. Although she (Kim) shies away from labeling herself a feminist icon, her actions inspired many young girls to see themselves as artists equal to their male peers in the music industry. Kim, being one of my earliest influences, paired with the fact that we had just hit the studio, the timing couldn’t have been more perfect and we were happy to contribute this track for such an important cause"

100% of proceeds from the Riffs for Reproductive Justice compilation were donated to the National Network of Abortion Funds (NNAH: https://abortionfunds.org/) and the Yellowhammer Fund (https://yellowhammerfund.org/). In this continued fight, and with this track being now featured on Suffrage, 100% of digital sales made from the track “Kool Thing” direct from FUCKED AND BOUND’s Bandcamp page will be donated to the same two organizations. 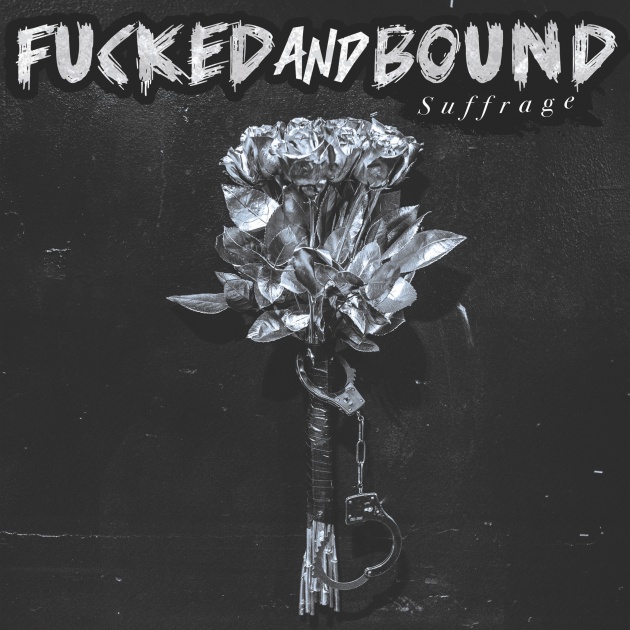 Fucked and Bound are: