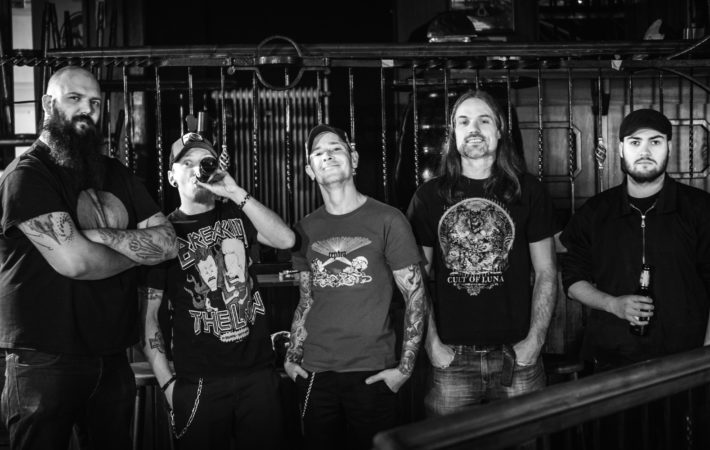 Raw, raging and larger than life riffs, deeply influenced by the Classic Doom of the 70s and early 80s to the modern Sludge scene, German- based RAGE OF SAMEDI have announced the release of their third album. The 'Blood Ritual' will be taking place on January 17th 2020 in the mighty house of Argonauta Records, and will make no exceptions to take you into a brutal and bloody- good sounding ritual of a record! Today the band, raging since 2012 and who have shared the stages with bands alike Crowbar, Dopethrone, Karma To Burn, King Heavy among many more, is sharing with us a first appetizer and are premiering a music video to the album title track. Watch Blood Ritual HERE!

“We‘re on fire to release 'Blood Ritual' as the title track to our new album, because it‘s also the first time everyone in the band is 100% happy with the result.“ The band comments. “With that first single we‘d like to show everyone what to expect from our 3rd album. The process over the last 1 and 1/2 years was a lot of 'blood, sweat & tears' but the fun in developing ourselves and the band was predominate and put us closer together. Special thanks to Gero for giving us all the time and freedom to write and record that beast, ARGONAUTA rules!“