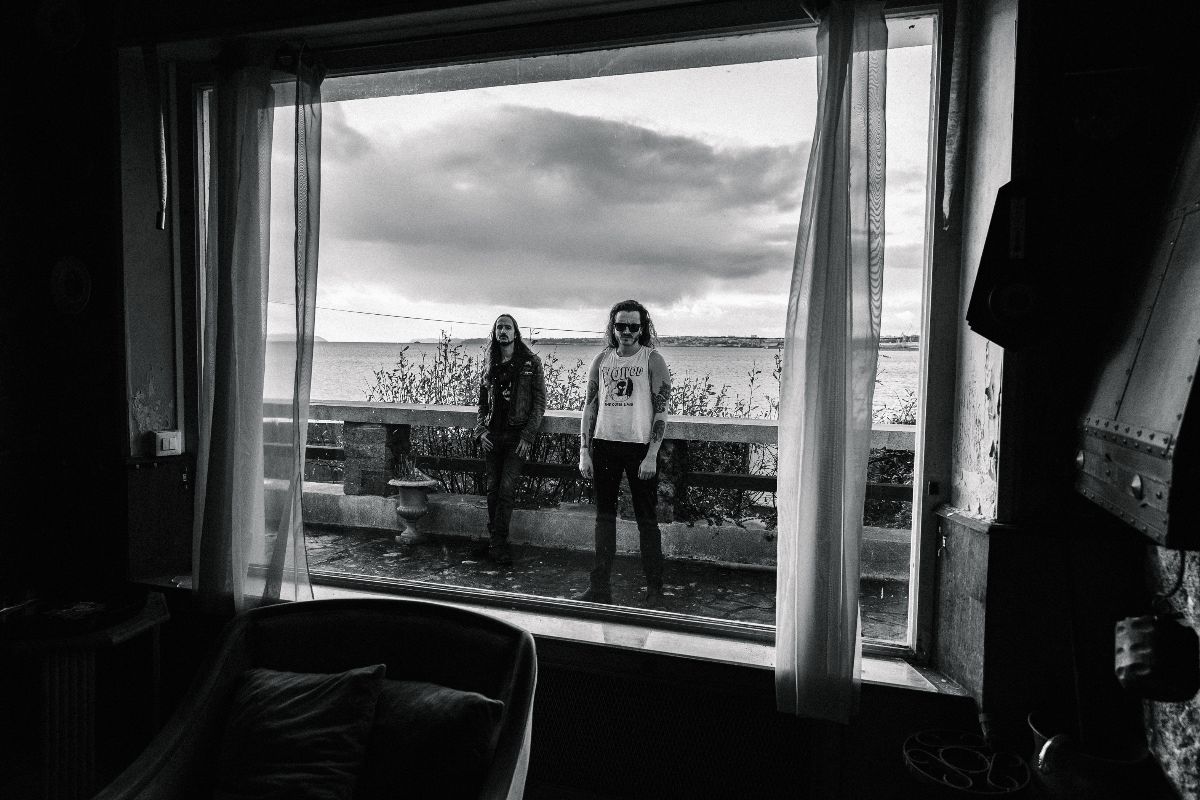 VAISSEAU (French for "space shift") feed their inspiring "synth doom" sound with long-cherished krautrock and heavy metal influences. It's easy to picture Robert Fripp and Klaus Schulze partying with Hawkwind, while sharing out loud their love for distorted sounds and occult imagery. Debut single "Force Macabre: From Deep Space, Down to the Styx" do showcase electronic intensity and sheer darkness in equal measure. Brace yourselves, VAISSEAU are leading you to lands that only exist in the wildest dreams.
Stream "Force Macabre: From Deep Space, Down to the Styx" HERE
"It’s wild and weird and light and heavy all at the same time. Not only is the music expansive and magical, but they commissioned the cover art from the immensely talented Jason Barnett." says Cvlt Nation. 'Horrors Waiting In Line' was mixed & mastered by Dennis Pleckham of Bongripper at Comatose Studio. 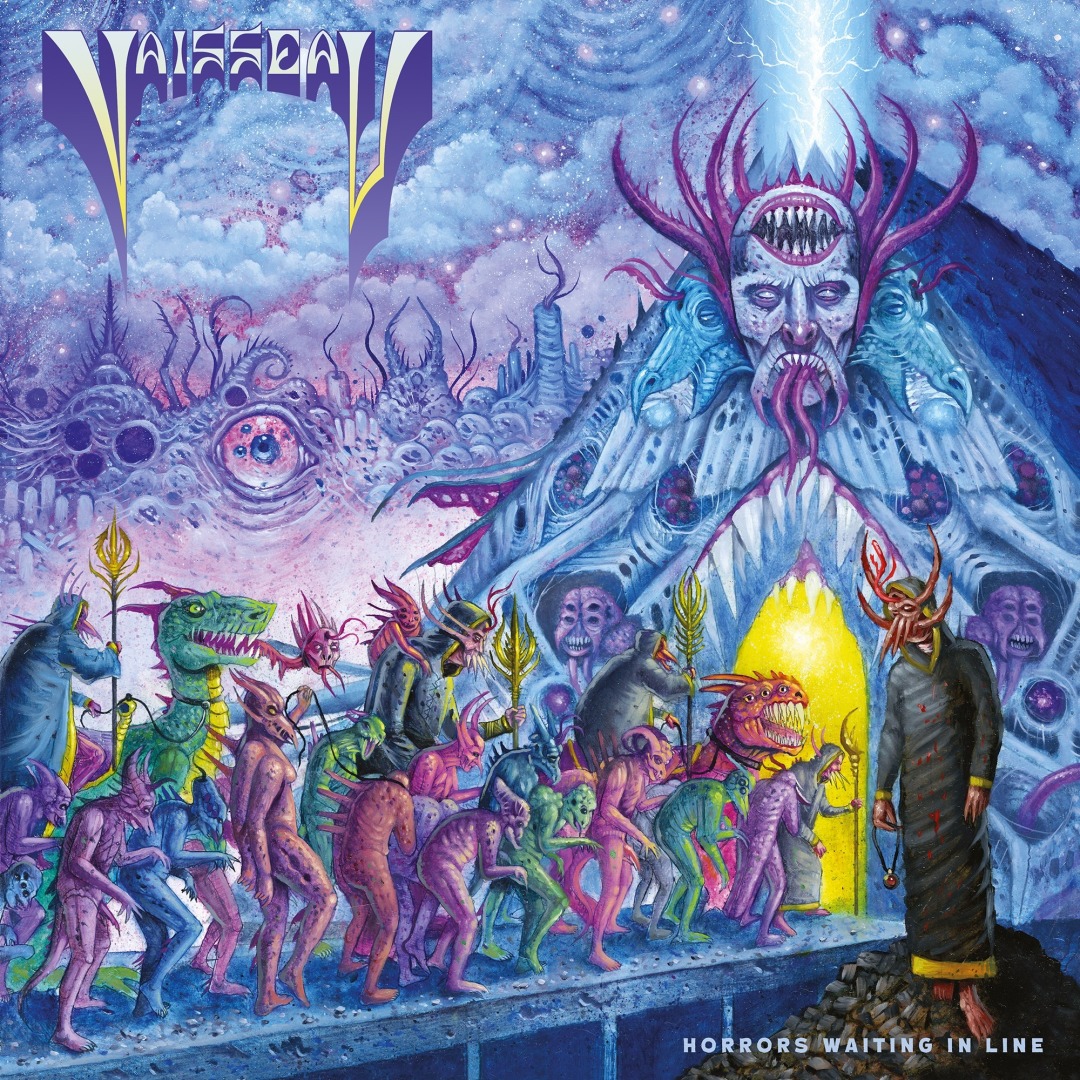 VAISSEAU Debut album 'Horrors Waiting In Line'
Out March 13th on Totem Cat Records
TRACK LISTING:
1. The Liberator
2. Lo Spettro Della Frustrazione
3. Sonic Dislocation
4. Ride The Slime
5. Force Macabre: From Deep Space, Down to the Styx
6. A Good Death
VAISSEAU craft their very own sonic way out, both distraught and intense. The French duo confidently matches doom and krautrock, laying their haunting synths at the center of the action. Tangerine Dream outrageously flirting with Black Sabbath and satisfying any fiend of dark, proto-prog soundscapes. VAISSEAU don’t need guitars, only slow, obsessing loops that will take your mind to a chaotic sci-fi universe. The unwavering drums-machine duo has created a genre of its own, that we will most aptly name “synth doom”.

VAISSEAU’s debut album 'Horrors Waiting In Line' is set for released on March 17th via Totem Cat Records (Dopethrone, Sons Of Otis, Fistula). The artwork by Jason Barnett (Fistula, Power Trip, Ghostmane) depicts the daily struggles one learns to apprehend and overcome Another subtle reference to escapism that floats atop the whole album, and reaches peaks thanks to its majestic pyramide, a symbolic vessel that guides lost souls towards the light.
VAISSEAU LINKS
Facebook⎪Bandcamp⎪Totem Cat Records