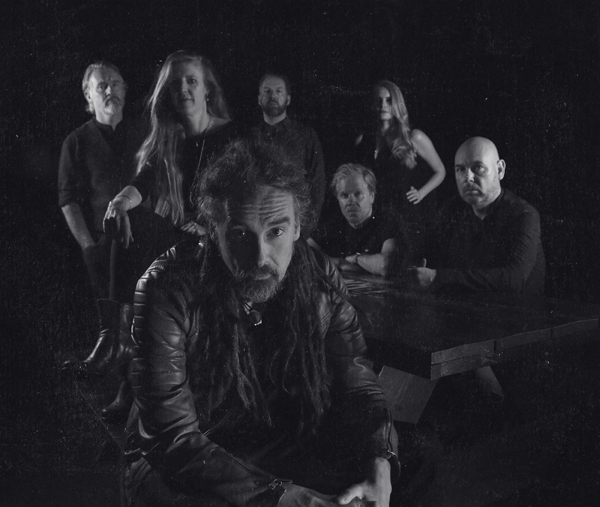 Dutch cult doom-metal group Celestial Season have recently revealed music video for a new track off their new album “The Secret Teachings”, which was released in late October via Burning World Records.

Titled "The Secret Teachings of All Ages", the video is now playing at Decibel Magazine, who have just nominated Celestial Season's comeback album as one of top 40 albums of 2020, earning a very honorable position at #28.

Formed in the early nineties, the Dutch group attained international acclaim with their first two full-length albums, “Forever Scarlet Passion” from 1993 and “Solar Lovers” from 1995, both still regarded as seminal doom-metal releases right next to Anathema’s “Serenades”, Paradise Lost’s “Gothic” and My Dying Bride’s “Turn Loose the Swans”.

A mix of the “Forever Scarlet Passion” and “Solar Lovers” line-ups re-grouped to create what they labelled as the ‘Doom Era’ line up;  with Stefan Ruiters back on vocals, Lucas van Slegtenhorst on bass, Olly Smit and Pim van Zanen on guitars, Jason Köhnen on drums and Jiska Ter Bals back on violin and Elianne Anemaat on cello.

Together, they’ve created and recorded an hour-long musical journey that not only recaptures the magic and splendor of their early years but also shows a masterful and well-balanced collaboration between seven talented and experienced musicians.

The seeds of this new album have been growing and cultivated for many years, and there were many reasons to complete the full cycle, initiated so many years ago. It is a personal album but also a big thank you to those dedicated fans that have supported us all these years. Says the band about this new album.

Burning World Records have recently released this new album along with the re-release of the previous two classic ‘Doom Era’ LPs : “Forever Scarlet Passion” and “Solar Lovers”, both albums remastered from the original tapes by James Plotkin.