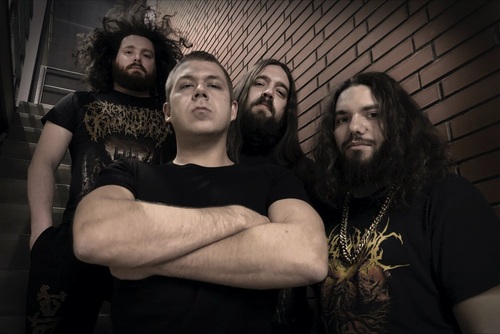 KORPSE comments: “We proudly present to you the third song taken from our upcoming album Insufferable Violence. It’s titled ‘Molestation Condonation’ and it’s about yet another attempt by the Catholic Church to cover up numerous sex abuse cases by their priests with pre teen boys and girls. We did our absolute best to capture our anger on this topic in the official music video accompanying the track. Let’s make sure this doesn’t go unheard!”
By far the most brutal and dark album KORPSE have produced yet, the band deliver ten tracks of jaw dropping death metal carnage.  During Insufferable Violence’s thirty eight minutes of chaotic punishment and depravity, the band seem on a mission to turn their listener to dust beneath a perpetual deluge of immensely heavy slam breakdowns, inhuman vocals, grinding speed and aggression. KORPSE once again bring their no-nonsense approach to the slamming death genre with no compromise or false overstatements in what promises to be one of 2021's heaviest releases. The result is a deeply uncomfortable listen.
Founded by drummer Marten van Kruijssen in 2013 together with vocalist Sven van Dijk, guitarist Floor van Kuijk and bassist Robin van Rijswijk, KORPSE are widely regarded for their savage and uncompromising live shows. Previous albums including the self-titled Korpse debut (2014) and Unethical (2016) grabbed the immediate attention of fans and press worldwide, allowing the band to tour throughout Europe and the USA playing many summer festivals including Deathfeast, Neurotic Deathfest, Obscene Extreme, Stonehenge, Berlin Deathfest, Nice To Eat You Deathfest, UK Slamfest, Slamming Brutality, Fall in the Brawl, Chicago Domination Fest, New York Deathfest, Heidelberg Deathfest and touring with bands such as Scordatura, and Extermination Dismemberment. 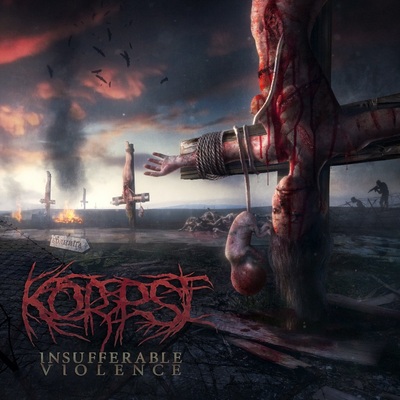 Tracklisting
1. PTSD
2. Insufferable Violence
3. Disposable Underaged Objects
4. Self Preservation
5. A Final Lesson
6. Genocidal Bloodbath
7. Callousness
8. Vital Transaction
9. Molestation Condonation
10. Epochs of Melancholy
NOTE ON ARTWORK: The graphic artwork depicts the the murder and rape of pregnant women by fighters during the conflict in Bosnia and Herzegovina, which still remains one of the least researched and least publicised aspects of wartime brutality.