GARGOYL comment on the track: "Why am I so afraid that my body,  my possessions, and even my mind are in a state of constant dissolution?  why am I so afraid of the idea that every atom in my body came from dirt and will soon return? Maybe the tighter I hang on to being a person, being permanent, secure, the more I suffer. Maybe the tighter i hang onto the idea of a perfect world the faster it burns. Fear is like a bully that offers you protection in exchange for obedience. Perhaps if I hang on less tightly, the sum of my short fleeting life could mean something more than just living in a constant state of fear right up until my inevitable death bed."

GARGOYL have previously release the artwork and further album details of the release. All info can be found below. You can find additional assets, like hi-res pictures, HERE. 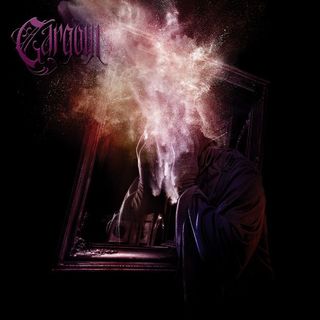 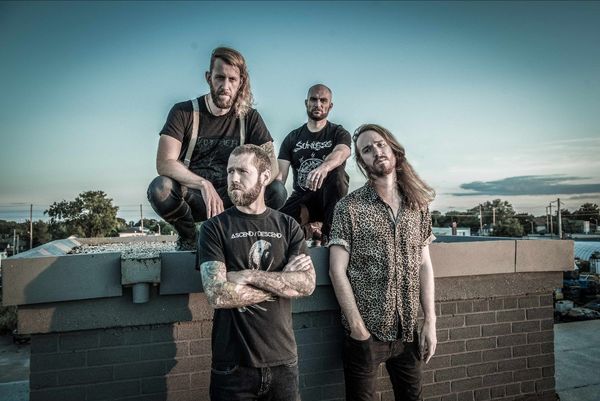 GARGOYL is many things at once, which, automatically subjects the band to the journalistic and fan guessing game/rite of passage as to what style they actually are. Their 11-song self-titled debut is progressive, atmospheric, heavy, technical, and avant-garde; a blend of sounds that ultimately coalesce into a body of work that engages and challenges. That, in itself, covers a broad spectrum but further inroads into GARGOYL’s sound continually reveal new elements of intrigue and persuasion. It is the beauty — and purpose — of the project.

Formed in early 2018 by guitarist Dave Davidson (Revocation) and guitarist/vocalist Luke Roberts (Ayahuasca), the groundwork for GARGOYL was laid when the two men met while on tour. The pair realized they shared a musical kinship and admiration for one another and made good on their word to see the project through. GARGOYL’s two-song Asomatous demo was released in March 2019, setting the stage for their eventual signing to Season of Mist and release of their debut album this October. The drums were recorded in July 2019 with Chris Johnson at GodCity Studios in Salem, Massachusetts; guitars were tracked with Greg Dawson at BWC Studios outside of Toronto. Vocals were recorded by Roberts at his home studio.

GARGOYL is completed by the virtuosic talents of bassist Brett Leier and drummer James Knoerl who collectively add further layers of intrigue and soul to the music. The collaboration between members opened up the creative floodgates and further expanded their sound.  The haunting and melancholic tonality of Roberts’ vocals is undoubtedly one of the primary facets of GARGOYL’s sound. Roberts’s layering, harmonies and inflection, at times, recall classic vocalists from the ’90s grunge era, but what really sold Davidson was his versatility and ability to contour his clean, distinctive vocals over unorthodox compositions.

As a result, GARGOYL’s debut successfully oscillates between unnerving, emotional segments, to progressive, Goth-tinged hard rock. Davidson and Roberts have crafted GARGOYL in such a manner that it refuses to be boxed-in. Davidson has already fielded quite a few assertions on GARGOYL’s sound — some have tagged it as grunge meets black metal, Queens of The Stone Age meets Voivod or even a jazzier version of Alice In Chains.