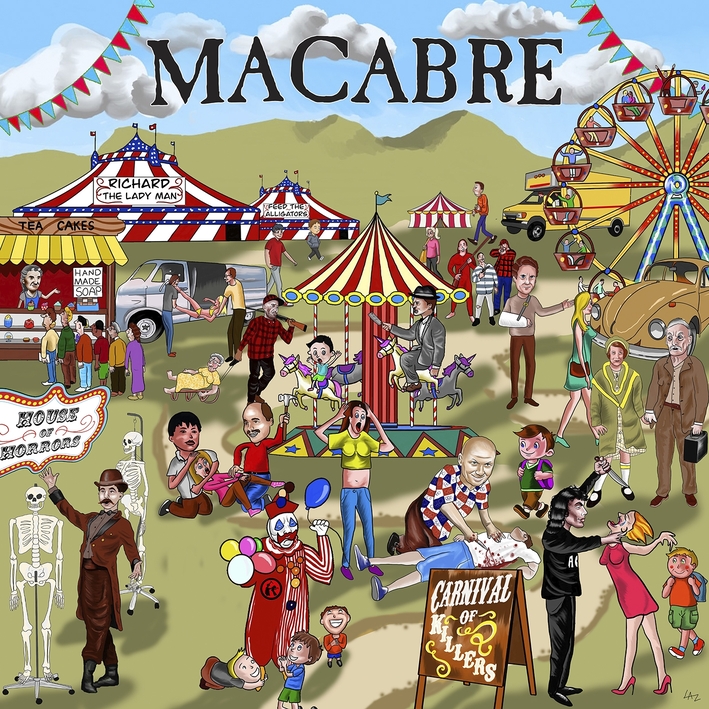 “Carnival Of Killers”. As MACABRE’s first full-length album in almost 10 years since the release of “Grim’s Scary Tales” in 2011, and just in time for their 35th anniversary as a band, this latest installment to the catalogue will butcher your ears and derange your psyche as to be expected! Judging by the title, one can positively assume “Carnival Of Killers” contains stories of your favorite murderous psychos: Bundy, Speck, Gacy, Ramirez, and a slew of heinous killers never sung about by MACABRE, before now.

Prepare for another gore-filled thrill ride from a band that originated in the ’80s, yet progresses to the edge of modern metal with clear production, expanded variety, and a whole mess of nostalgic pleasure. “Carnival Of Killers” will be released this Autumn, 2020 via Nuclear Blast Records. MACABRE is and always has been: Nefarious (Charles Lescewicz - Bass, Vocals), Corporate Death (Lance Lencioni - Guitar, Vocals), and Dennis The Menace (Dennis Ritchie - Drums). 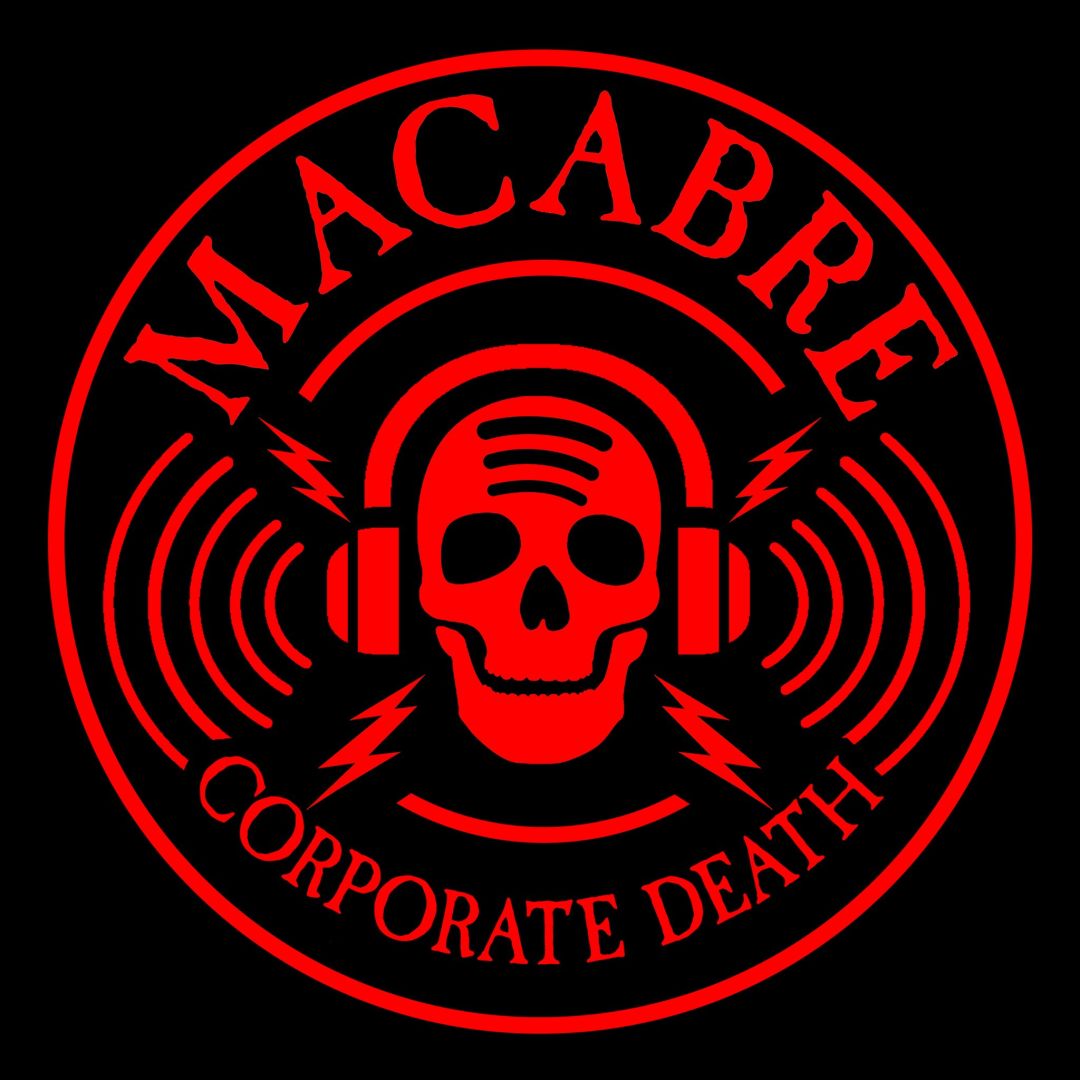 1. Is almost ten years from “Grim Scary Tales” to “Carnival of Killers”. Tell us why it took so long.

Hello, this is Corporate Death from Macabre and yes it's been a long time since our last album. This is the way I've always kind of done things I never try to push myself if I don't feel like writing music or lyrics When I'm inspired, I do it. This album was written over a long period of time. But we also didn't have the right record deal and we weren't just going to jump into doing a new album with any label and we waited for the right deal. Which I think was a good choice because now we are back with Nuclear Blast, the biggest metal label in the world.  So I think we made the right choice not to put it out a few years ago which we could have done.

2. What about the creative process, how does it work in Macabre?
The writing process has always been me, sitting around coming up with ideas and then I introduce them to the band, although the bass player has written some songs in the past.  I do most of the writing and once I figure out the music and lyrics I show them it to the band and we practice it.

3. Tell us what it's like to work with one of the biggest labels of extreme music, like Nuclear Blast.
Nuclear blast is total Pros and great people to work with and now they're a huge label for heavy metal and extreme music.  We are very happy to be back with them and I think they're going to push our band and get our name out there better than any other label could.

I don't have a favorite psychopath or serial killer. If you read our lyrics you will find out that these guys are bad people. This is the evil side of history and that's what I sing about, I call it creative storytelling and I think all these people are very bad !!! It’s kind of a warning to everyone. Watch out there are a lot of crazy people out there that want to kill you if they get the chance !!!

5. It is not easy to find a band with the original line-up after so many years, tell us the secret.

The secret is there were only three guys when you start getting four or five guys or more in a band it gets a little tougher. We have been friends since the early 80s and jammed in bands together since then. We started Macabre in 1985 and there is no turning back now, we don't want to change the members. The other thing is we've never been married or had kids, we have come close a few times but that's another key to sticking together so long. 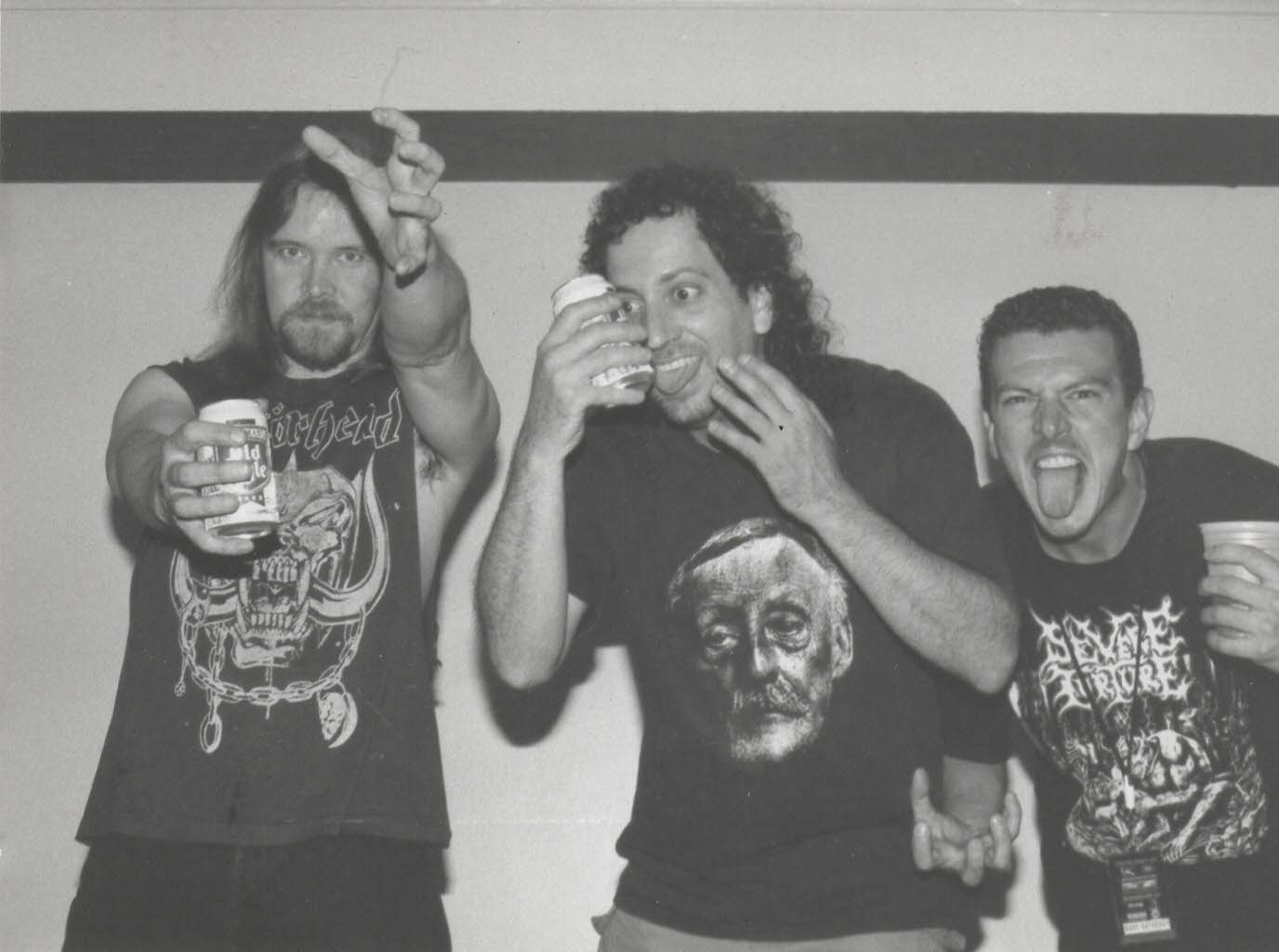 6. The top 5 bands for you?
1.The Beatles
2. The Monkees (seeing their T.V. show started me playing guitar)
3.Black Sabbath (My biggest heavy metal influence of all time )
4. Bach (Classical music is my favorite)
5. Mahavishnu Orchestra (A huge influence on my style)

7. This year is your 35th anniversary, and with all this madness that we are going through at the moment, it is not a good way to celebrate it. But you have a public event on Facebook for next November 13 for the album release party. How is this going to be?

That is an event for everyone worldwide to check out our new record, unfortunately, with all the rules we were unable to do any shows for our 35th anniversary or any record release shows, but when we can tour, we will tour again, but only when it is safe. 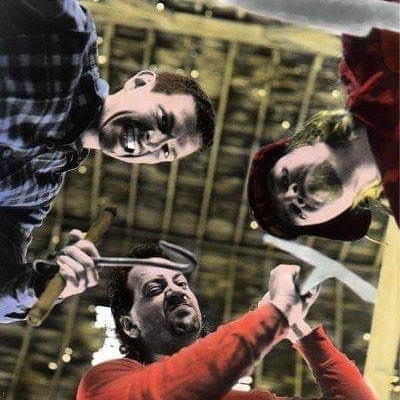 8. Once we bring up the subject a bit with the previous question, how is this current situation affecting you?

Well, it's affected everyone in different ways it's been the worst year I think that I've ever seen in my lifetime. But we hope this is all over soon and we can get back to living normal lives and start touring again.

9. Trying to be positive and hoping that next year we can enjoy the festivals again, which one do you want to play the most?

We want to play them all, we had summer festival dates canceled this year and I hope they're all on again for next year and many more  We always love playing Obscene Extreme, Curby really puts on a unique event.

10. What's the funniest thing that ever happened to you on tour?
I don't remember one specific thing, tons of funny things happen daily on tour.

11. And the most embarrassing?
I don't remember that either. Way too many shows to recall all the details !!!  For anyone that has ever toured, every day is a new adventure especially when you are far from home in foreign countries.  Language is different, the currency is different, the side of the road you drive on, different laws, different protocols.  You find yourself in interesting predicaments often. But the one thing that brings all of us together is music.

12. What kind of band are you? Celebrate a lot or be very careful to be fit for the next show?
We always try to do our best and play the best show for the people there. But we also have had a lot of fun going around the world and playing for fans.

13. Have you achieved everything you wanted in the world of entertainment, or do you still have a dream pending?
No, we're just getting started with this new album Carnival of killers.

14. Something else you want to add?
We would like to thank all our fans young and old that have stuck with us over the years and we hope you like our new album. We also look forward to playing songs from the new album live when that is possible.

15. To end the interview, our most sincere congratulations on the new album, and thank you very much for having us! I hope we can enjoy your live-show soon!
Thank you very much, yes we will see you and everyone else on the road once things are safe again. 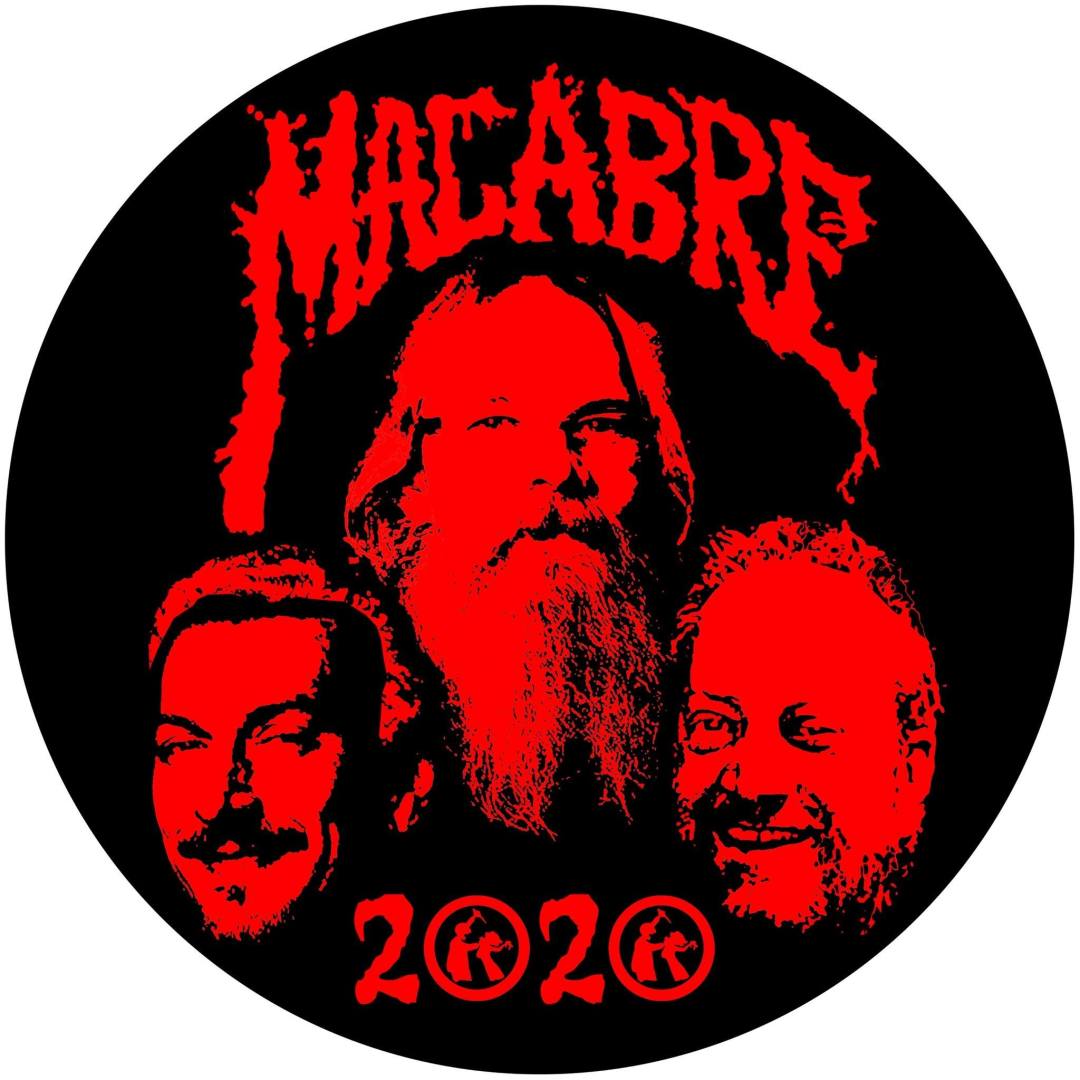 Thanks to Leo from Nuclear Blast for making this interview possible.