KING PARROT: Revolver Magazine Streams "Nor Is Yours" Featuring Philip Anselmo; Limited-Edition Holed Up In The Lair EP To See Release Next Month 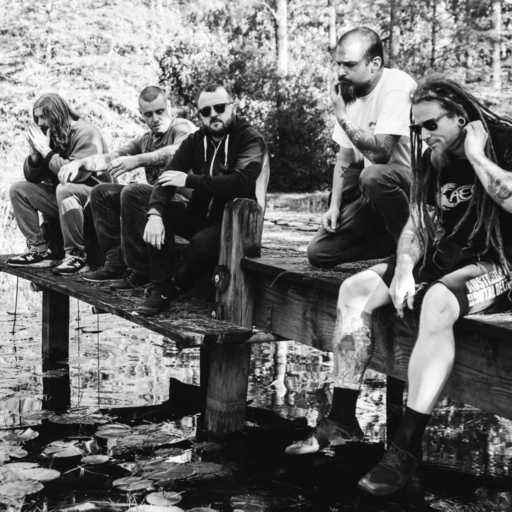 [Photo by Danin Drahos]
Stream / Share KING PARROT's "Nor Is Yours" HERE.
Australian grind faction KING PARROT is pleased to unveil "Nor Is Yours" featuring guest vocals by Philip H. Anselmo. Now playing courtesy of Revolver Magazine, the track serves as the second installment from the band's forthcoming EP, Holed Up In The Lair. Written and recorded over four days at Anselmo's Nodferatu's Lair in Louisiana in late 2017, the four-track EP will see release as a special seven-inch limited to 1000 copies worldwide.
"Nor Is Yours" kicks in with a thrashy, punk vibe with vocalist Matt "Youngy" Young delivering his trademark screeched out vocals. It flows into a grindy, gritty, and plainly angry chorus; a mood that's perpetuated with Anselmo joining in, adding an extra layer of depth and brutality. Both vocalists employ different styles and tonalities creating a super aggressive and intimidating blend.
Comments Young, "When we came up with this song, it was distinctly different to anything we had written previously on any of our records. It has an up-tempo groove that reminded me of an AC/DC riff if it was played by a grind or hardcore band. My head was busy trying to write lyrics for the other tracks, and this one through me a curve-ball. Luckily, we had our ol' mate and one of the most prolific heavy metal vocalists of all time, Phil Anselmo, lounging around in the studio. He accepted the challenge to write and direct the lyrics and also added some vocals in for good measure. We hope you enjoy it as much as we did writing and recording it."
Stream KING PARROT's "Nor Is Yours" at THIS LOCATION.
Stream previously released opening track, "Banished, Flawed, Then Docile," at THIS LOCATION.
KING PARROT's Holed Up In The Lair EP will see release on October 9th via Housecore Records in North America, Agonia Records in Europe/UK, and Dead Set Records in Australasia/Asia. For preorder options, visit the KING PARROT website at kingparrot.net.
This rare and raw balls to the wall recording not only gives fans some new KING PARROT tunes, but it also offers a glimpse of what they can do, so seemingly effortlessly at the drop of a hat. KING PARROT gets thrown into a studio randomly with no songs written on some days off while touring and we end up with some golden nuggets. It really is a great insight into how quickly these guys can pull together some killer tunes and a great example of what a super tight band can do. This is what you get from years of touring, tons of shows, and countless hours of writing together. 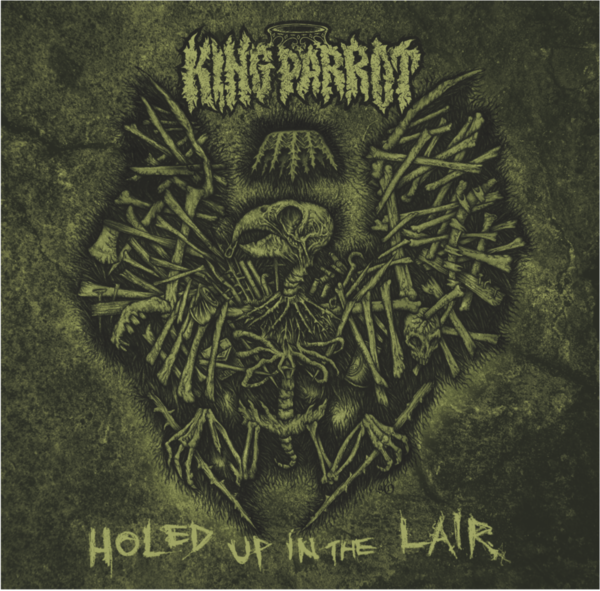