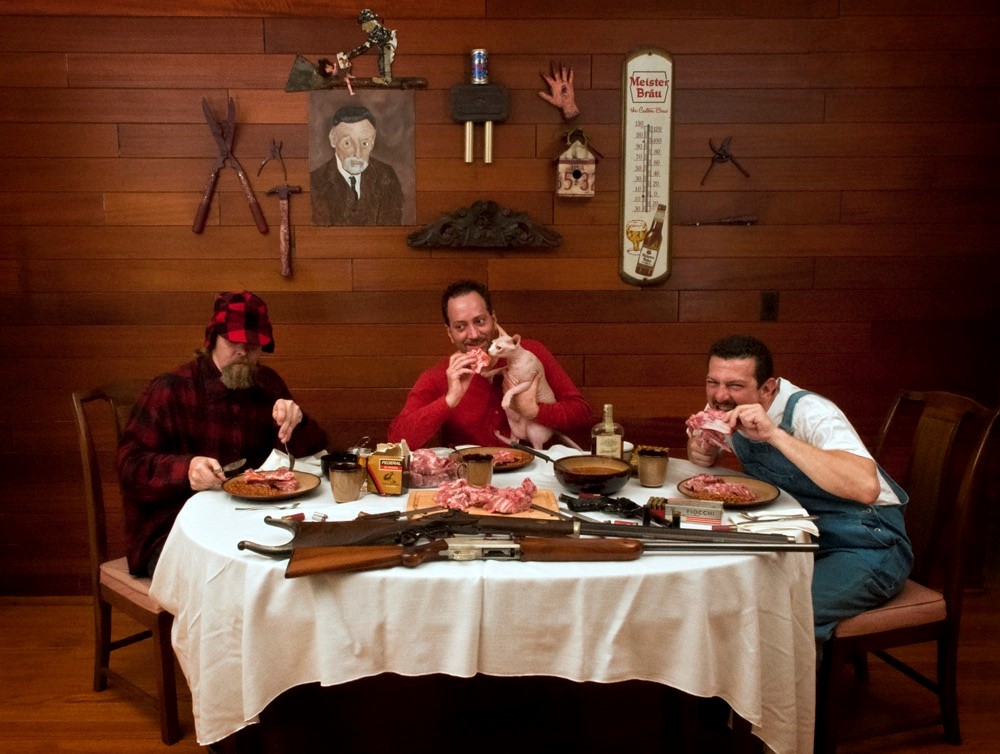 Nuclear Blast welcomes back MACABRE after over two decades since the last time the two entities worked together!

The Chicago legends of Murder Metal/Death Metal have come back recharged with the premier metal label and are making their entire discography available now with the prospect of a new album in 2020.

Watch the madmen of metal's return home to Nuclear Blast at: https://youtu.be/fCFTTojqbPs

The band comments, "It's been a long time and now it's time for a blast from the past, we’re back on Nuclear Blast and it's time to kick some ass."

Label manager Gerardo Martinez comments, "The entire staff at Nuclear Blast welcomes the Murder Metal legends back into the house and looks forward to a murderous 2020”.

Formed in 1985, MACABRE blends elements of true crime, math rock, nursery rhymes, punk, thrash, folk melodies, death metal, jazz fusion, black metal and more into an energetic, catchy and unmistakable amalgam. Murder Metal, refers to MACABRE's signature style. It's a genre of one. The all-too-true tales of man's inhumanity to man are delivered with knife-edge precision, interspersed with Corporate Death's patented (back when he was a toddler) screech.

Fast and heavy, with a focus on things that make happy shiny people cringe, the original members, Corporate Death (guitar and vocals), Nefarious (bass and vocals) and Dennis the Menace (drums) are still together. MACABRE have brought mayhem to the world in the past decades, playing dozens countries over the years. MACABRE's rabid fans, including members of bands ranging from CARCASS to SLIPKNOT, relish the band's tight and increasingly sophisticated music; they exult in their musical chops as much as in the band's sense of humor, their killer music, and its deadly subjects.