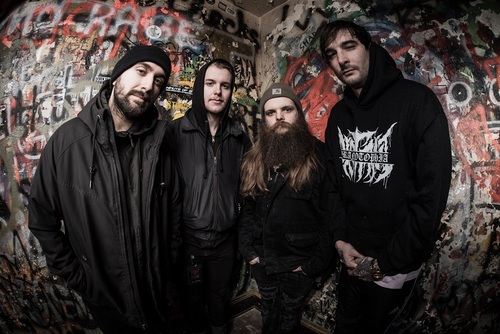 US modern deathcore heavyweights Signs of the Swarm have unveiled their new video 'Hymns Ov Invocation', taken from their stellar new album Absolvere, out now via Unique Leader.

The video for the vicious opening track to the album can be watched here: https://youtu.be/n0MKd2_JLIs

Vocalist David Simonich commented: “With 'Hymns Ov Invocation' we wanted to deliver a strong, high energy video to captivate the intensity of the song. Demonstrating the heavier territories of Absolvere, 'Hymns Ov Invocation' brings the heat right out the gate! The track features mind bending riffs, brutal blast beats, and blood curdling vocals packaged together in just 4 minutes of face pummelling deathcore. We wanted to bring some melody to the opening track of Absolvere, in the form of ear-catching guitar riffs and head-turning soundscapes.

Special thanks to Mortus Viventi & Square Up Studios."

On fourth LP Absolvere, Signs of the Swarm are bleak without being blackened, smashing without being slam, and downtempo as a choice rather than a stylistic confine. They contrast that with some of the most brutal moments in their seven-year career, with riffs more punishing than pensive and a rhythm section that frames them in creatively cacophonic ways. Above it all, they’re utilising vocalist David Simonich's monstrous range in a much fuller capacity than on his debut, 2019’s Vital Deprivation. That transitional album found the band experimenting to re-find their footing. Though the addition of guitarist Jeff Russocould suggest growing pains, they sound more confident than ever with Simonich’s former Improvidencebandmate sliding right in.

Simonich roars about the real (loved ones struggling with addiction, submitting one’s self wholly to art despite negativity swirling about) and the surreal; he or his characters beg for the release of death only to be denied. The album's finishing touch is Ben Duerr (Shadow of Intent) and Alex Erian (Despised Icon) joining the band for guest vocals.

On the album, Bobby Crow continues: “Absolvere makes good on the musicality we were striving for onVital Deprivation and combines it with the eerie atmosphere and brutality on our first two albums. We added a myriad of new sounds, techniques and vocal styles as we collectively composed each song from the ground-up.”

Proven as a major force on the stage, Signs of the Swarm have toured with the likes of Aborted, Lorna Shore, Shadow of Intent, Brand of Sacrifice, Ingested, Disentomb, Traitors and more. US and European tours soon to be announced, more news soon. 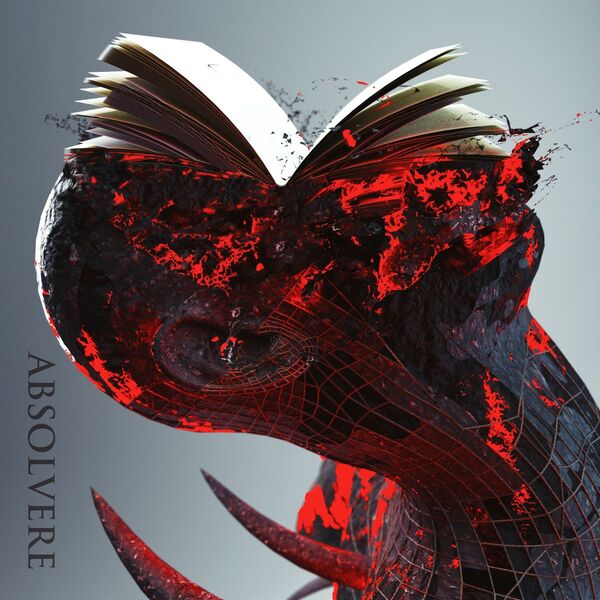